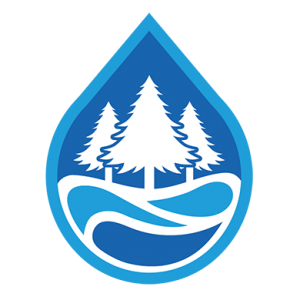 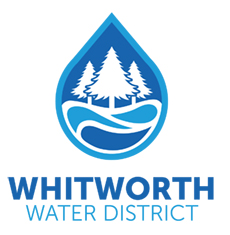 Gallons of Water Pumped in 2020 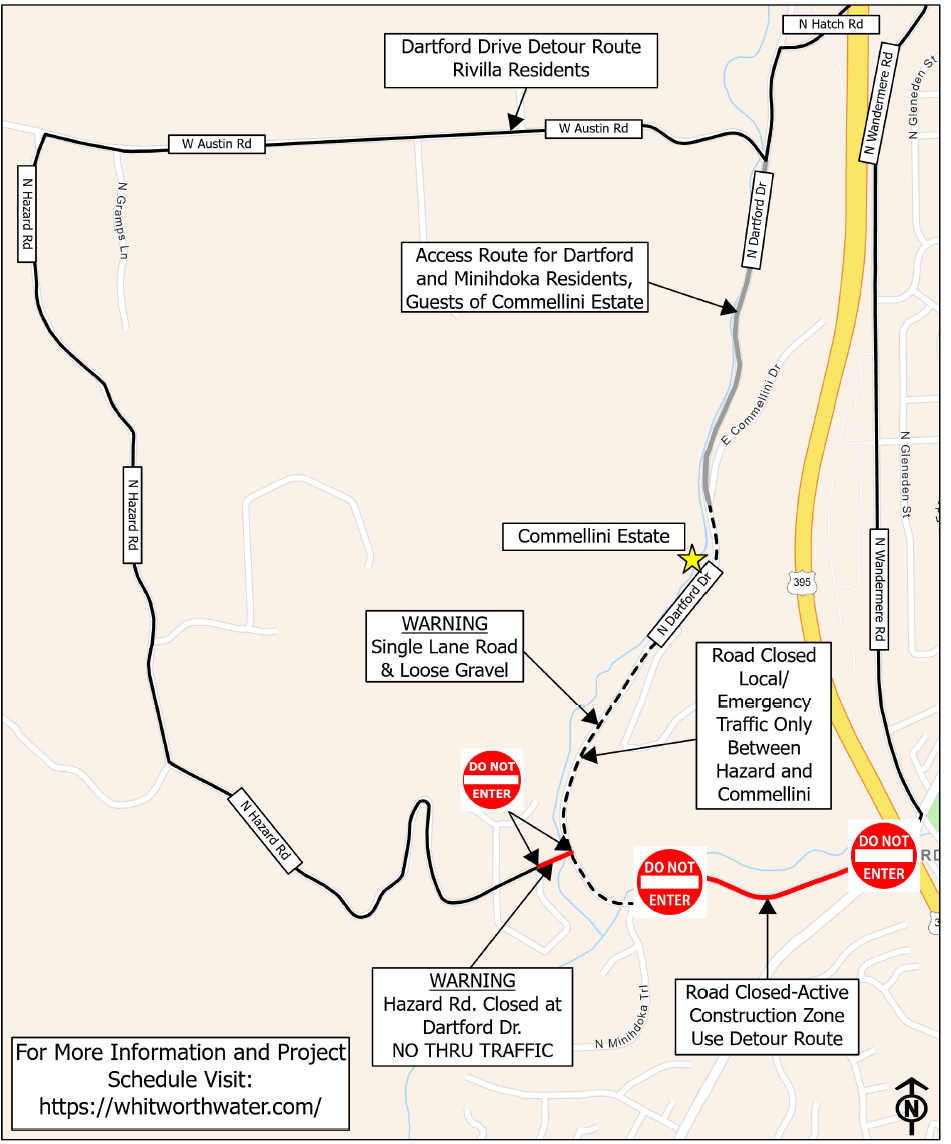 Whitworth Water District (District) is the largest water purveyor within unincorporated Spokane County. The District provides water service to approximately 11,000 connections accounting for approximately 35,000 residents. The District’s current retail service area is highlighted in tan on the above map.

The District’s Little Spokane River Water Supply Resiliency Project (Project) encompasses two new high production wells (one of which is already constructed), and four and a half miles of 24” pipeline. The Project is anticipated to $14 million dollars.

The Project will effectively bridge the infrastructure and water supply gap between two groundwater sources: the Spokane Valley Rathdrum Prairie aquifer (SVRP); and the Little Spokane River aquifer (LSR). The SVRP is considered by many to be one of the most prolific aquifers in the world, while withdrawals from the LSR more directly, and negatively, impact stream flows of the Little Spokane river leading to increased water rights issues and the potential for adverse ecological impacts.

During the District’s Water System Planning process in 2018, it was determined that additional District source capacity was required to support future growth within the LSR. The most cost effective and timely approach would have been for the District to construct additional wells in the Little Spokane river aquifer. Given the Hirst decision and resulting RCW 90.94, the District decided to play a leadership role and avoid further increasing Little Spokane river aquifer deficits in an already taxed and fragile watershed system.

Instead of increasing impacts to the LSR, the District developed a plan to drill a series of wells and transport that supply through new transmission lines from the SVRP up to the service area of the LSR. To date, the District has invested over $7.3 million toward these improvements (see map above), which have included:

Benefits to Spokane County and the LSR:

This project is in direct alignment with Spokane County’s Comprehensive Plan – Capital Facilities and Utilities Goals and Policies.

A large portion of the Little Spokane River aquifer area within Spokane County is located within the boundary of the District’s retail or future service areas. RCW 90.94 does not require water offsets nor monitoring by Spokane County so long as new development is connected to a municipal water purveyor. As a means to provide necessary long-term water supply to the LSR, it is critical that the District’s Little Spokane River Water Supply Resiliency Project is completed.

While this project focuses on the ability to transfer water from the more abundant SVRP to the LSR, there is a residual benefit of this project to system resiliency. That is, the construction of the large diameter transmission main between the two aquifers also allows the District the ability to move water from LSR to SVRP in the event of a contamination event that impacts the District’s sources within the SVRP.

Phase II of the Little Spokane River Water Supply Resiliency Project requires an additional 3.4 miles of 24” transmission main from the vicinity of Dartford Road and Mill Road to Midway Road (where Phase I left off).

The last components of the Project, a high production well (Well 3E) will provide the District an additional 4300 gallons per minute of source capacity from the SVRP to the LSR to support future demands.

The District estimates that the 24” Main Phase II will cost $7.5 million to construct. In 2021, the District was awarded two low interest loans to complete the 24” Main Phase II. These loans included $5.0 million from the Washington State Department of Health’s Drinking Water State Revolving Loan Fund (DWSRF) and $1.56 million loan from the Public Works Board. The District is also actively seeking $4 million in American Recovery Plan Act grant funding through Spokane County to accomplish Phase II.

Phase II of the transmission and distribution work for the District’s Little Spokane River Water Supply Resiliency Project (Project) consists of the installation of over 3.4 miles of 24” Ductile Iron Waterline which includes crossing Dartford Bridge and installing a 300’ bore underneath US 395. The new Transmission Main will be installed within existing rights of way along N Dartford Drive, E Commellini Road, N Wandermere Road, N Hatch Road, and E Midway Road.

In January of 2022, the project was publicly bid and later awarded to Halme Construction, Inc. based out of Spokane, WA. Halme plans to begin mobilization and the installation of site controls in May of 2022. Installation of the waterline will begin on E Midway Road (near Little Spokane Drive) and continue west and then south over to N Dartford Drive, ending just south of the Little Spokane River.

Whitworth Water District wishes to notify our customers of the upcoming Phase II of the Project.  This project will be constructed between Spring 2022 and Summer 2023. We will keep you informed of the project status and any changes to the schedule so the community is able to effectively plan ahead.

The District secured over $6.5 million in low interest loans through the Washington State Drinking Water State Revolving Loan Fund and the Washington Public Works Board to complete Phase II. The District has also applied for $4 million in American Recovery Act grant funding through Spokane County to accomplish Phase II.

The District’s 2018 Water System Master Plan identified the need for more wells to be constructed within the LSR. However, watershed and water supply limitations in the LSR preclude development of additional sources. The SVRP is not subject to these same limitations.

Thus, the District is in the process of implementing a series of capital improvements which include development of source capacity in the SVRP and the transfer of this water to Zone 8 into the LSR portions of the District’s service area through dedicated transmission mains.  These improvements provide a significant benefit to the District through increased capacity and improved system reliability.  These improvements are briefly described and highlighted on the maps above and to the right. 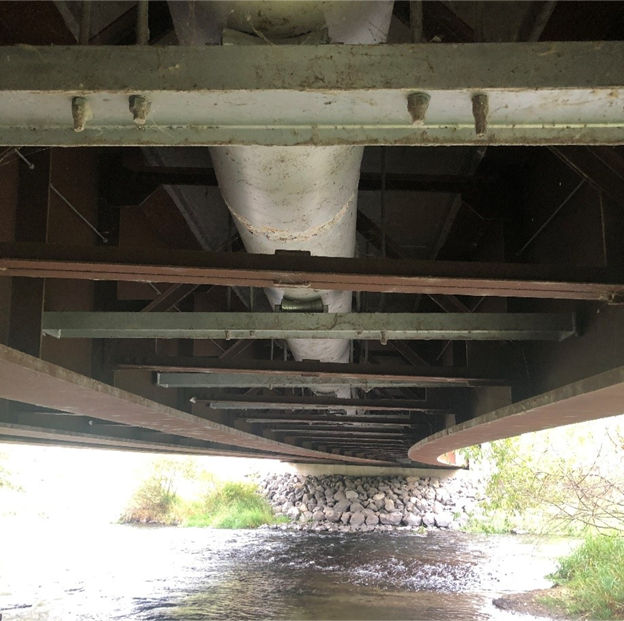 Dartford Road Bridge Crossing Little Spokane River: This project includes installation of a water carrier pipe through this steel casing below the bridge 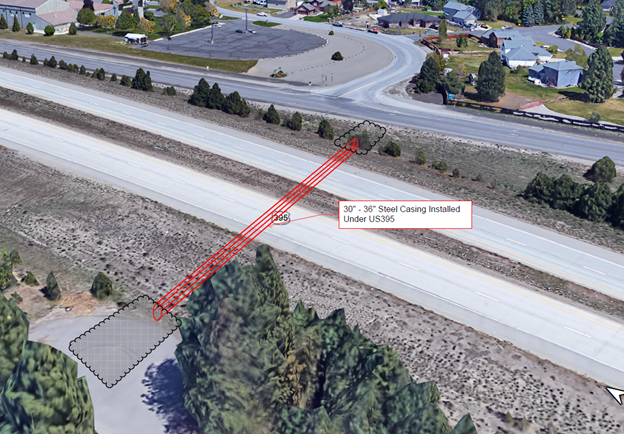 US 395 Bore from the north end of Commelini east to Wandermere: Boring is scheduled for completion in April of 2022

“It’s a way to bring water to an area that doesn’t have enough water,” County Commissioner Josh Kerns said. “That’s the simple way to explain the project.”

The $4 million will come out of the $101 million the county received from the federal government’s American Rescue Plan, a $1.9 trillion stimulus bill aimed at helping the economy recover from the COVID-19 pandemic.

The Spokane Valley-Rathdrum Prairie Aquifer lies underneath the southern end of the district.

“That’s one of the most abundant, robust aquifers in the world,” Murrell said.

That less abundant aquifer lies beneath most of the Whitworth Water District’s service area, and it’s been depleted over time.

How the county manages the Little Spokane River Aquifer changed six years ago.

In 2016, the Washington Supreme Court issued what’s commonly referred to as the Hirst decision. The ruling said counties must ensure enough water is available for existing well users before they allow new wells.

“That limited development – basically stopped development – in the Little Spokane aquifer because of the impacts those new exempt domestic wells would have had on the stream system,” Murrell explained.

Following the Hirst decision, the Whitworth Water District looked at how it could meet the needs of existing well users while allowing for new development and maintaining adequate streamflows in the Little Spokane River.

The district came up with a few ideas, including the $14 million Little Spokane River water supply resiliency project.

The Whitworth Water District will take water out of the Spokane Valley-Rathdrum Prairie Aquifer using a well near the intersection of Hastings Road and Division Street.

The district will then pump that water north through 5.4 miles of 24-inch pipe to a site near Midway Elementary School.

The project could be completed by next spring.

Not only will the project help the county allow more development in the wake of the Hirst decision, it’ll also have ecological benefits.

The new system will be more efficient, which will mean cheaper water for customers. Murrell added that the county’s $4 million investment will reduce costs to property owners too, because the water district would otherwise be funding the project on its own.

“We’re not doing this just to benefit the Little Spokane,” Murrell said. “It also benefits our ratepayers.” 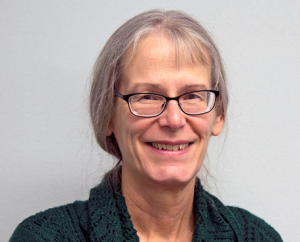 A Note from the Chairperson

The past two years have been challenging for everyone, but Whitworth Water has come through strongly, and continues its work of providing an always reliable source of high-quality water for our customers.

It’s an exciting time for Whitworth Water, with several improvements completed (including a 1.5 million gallon reservoir off Day-Mount Spokane Road) and a major (‘Little Spokane River Water Supply Resiliency’) project now underway to increase our capabilities in serving northern areas of the District.  This project will involve four and a half miles of pipeline and two production wells. The Whitworth Water District administration, after an extended period of planning, has worked hard to secure several sources of funding.

We extend our thanks to County Commissioner Josh Kerns for his support of the Project. 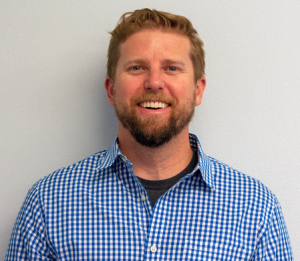 What a great time for Whitworth Water District! This year certainly threw us some curveballs including a pandemic, increased costs for materials, and supply and demand issues. But the past year can also be looked back upon as a year with plenty of successes. We have completed numerous District projects, managed to maintain water service during inclement weather events, all while keeping water rates among the lowest in Eastern Washington. This coming year looks to be just as busy.